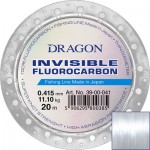 I was not able to check how to tow with testing rod. Firstly because nothing bigger wanted to cooperate with me, secondly I was a witness of catching a mix of chub and ide. I also heard that you can find really big species of these fish. That is why during my second day I used lighter rod CXT, FastCast 7 - 28g. I wanted to fish with lighter lures, but when I would notice something really big… then I would worry later. I started to fish and the rod imediately showed its adventages. It was similar to the previous one, mayby a little lighter. It nicely leads the lures. I like the rods which I feel from the very begining and they are almost the extension of my arm. I can focus then 100% on fishing. During my later castings I can feel the bite. I can really feel what is going on, when I want to take the fish out I can see that the hook is not between teeth but slightly deeper. I notice that after the hook set the fish was moving into my direction. The rod amortized nicely, but I did not feel that it was loaded amost 20% of its possibilities. During the fight I called Waldek and I asked him if he wanted to take a photo of something about 40-45 cm. The answer was yes and after a while we met for a quick photo. It turned out that I caught 50 kg fish. That is why I am looking at the rod with great liking. I think we will meet again soon and I do not have to be affraid of big fish:)

You can find out more about them and how to control Cookies in your browser. Click for more...